A Bot That Has a Knack for Collaborative Art 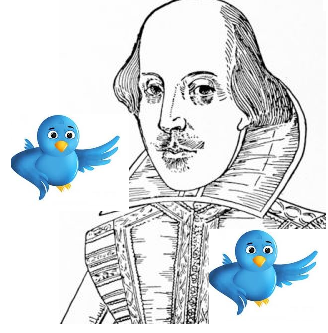 Meet Pentametron, a bot that is a literature nerd’s dream. This bot turns your tweets into rhyming couplets.

Pentametron automatically collects twitter posts that happen to be in iambic pentameter. It processes about five million tweets per day, and finds a few dozen iambic lines in that time.

Through a tweeter account, the bot retweets sequential tweets that fit into the ten-syllable alternating-stress meter commonly used in Shakespeare’s plays and sonnets, complete with rhyming couplets. It also posts them on Pentametron.comin 14 line sonnets.

According to Gawker, an American online media company,  the bot first “strips the tweet of emoticons and ASCII art. It then cross-references each word against the CMU Pronouncing Dictionary… If the tweet is in iambic pentameter, Pentametron retweets it; if not, it moves on.”

” One of the goals of Pentametron is to show how weird and interesting this giant flood of language is,” Ranjit Bhatnagar, the creator of the bot tells Gawker.

*You can follow pentametron’s work in realtime at the twitter feed – @pentametron – or read the collected sonnets at pentametron.com, updated several times per hour.