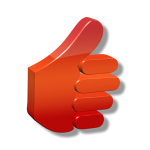 The Fourth of July has always been festive and controversial. For this year’s celebration, social media was shocked when a photo of the 1986 space shuttle Challenger explosion was posted to American Apparel’s Tumblr account as ‘fireworks’. The post raised issues over social media community as the unfortunate event was recalled. The company issued an apology statement highlighting that ‘the photo was blogged by their international employee who was unaware of the event.’  It further created more clamor as social media advocates call for a responsible action for everyone who’s using the Internet – no matter what age or location they come from.