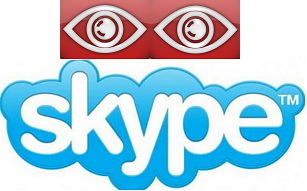 The Federal Bureau of Investigation wants to make Skype easier to use for spying Skype conversations on suspected criminals– and it wants access ASAP!

The Domestic Communications Assistance Center (DCAC) is a collaborative effort between the FBI, U.S. Marshals Service, and the Drug Enforcement Agency. All three agencies will build customized hardware to enable wiretapping on wireless and Internet conversations per court order requests.

“It’s also designed to serve as a kind of surveillance help desk for state, local, and other federal police,” CNET reported. “The center represents the technological component of the bureau’s ‘Going Dark’ Internet wiretapping push, which was allocated $54 million by a Senate committee last month.”

The DCAC has been tight-lipped about its purpose. The FBI said in a statement that the organization will “not be responsible for the actual execution of any electronic surveillance court orders and will not have any direct operational or investigative role in investigations.”

Scouring the Internet for illegal activity has become a top priority for the FBI. In January the bureau announced it was seeking to develop an automatic mass-monitoring computer application to analyze Facebook for crime-related comments.