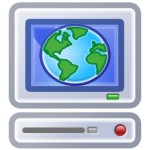 Today, more and more internet users are getting into one of the biggest phenomenon’s in recent times. According to Google themselves, Google+ continues to gain popularity wherein its monthly users jumped from 390 million followers and users to about 540 million as of today. The Google+ community is continuously growing from day to day. Reports include over 540 million active Google users, 300 million of which are active along the stream and a whopping 1.5 billion of photos are uploaded each and every week. That’s according to Vic Gundotra, a Google Senior Vice President, who stated on a mentioned on a blog post. For more information on this, go to the source.