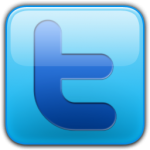 Just recently, one of Oregon’s business executive’s viewpoint on millenials have touched the nerves of development leaders and area tech which sparked a series of comments and online tweets. The Chairman of the Board of Schnitzer Steel Industries, John Carter, said that young workers do not have the motivation or drive which have defined the past generations of workers. He also said that these young minds are going into Portland just for the lifestyle and not for careers. He also mentioned that young graduates prefer to work as baristas. Some prefer to camp outside the city hall according to John.  John is also the chairman for the Oregon Business Plan.