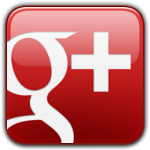 Just recently, President Barack Obama talks about his daughters’ science and math studies during a Google+ Fireside Hangout last Thursday night. According to President Obama, the benefits of making Computer Programming as a part of high school class as well as the need to keep the internet open is somewhat a necessity today. The Hangout did attract more than 36,000 viewers during its peak. It drew thousands of questions ranging from minimum wage, state of the penny and gun violence. Tech issues were also a big part of what questioners addressed to the president. For more information on this, go to the source.

A Couple of Tips for Social Media Success