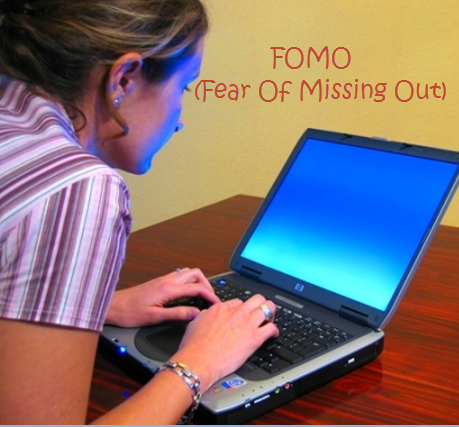 Americans are so addicted to their social networks that they’d rather have a root canal than surrender their social media profile, a new survey found. The reason? FOMO – fear of missing out.

Of adults who are a member of more than one social networking site, well more than half – 62 percent – keep an eye on their social networks because they don’t want to miss something such as news or an important event or status update, according to a survey of more than 2,000 consumers sponsored by MyLife, which provides social media dashboards that enable consumers to manage multiple social networks and email accounts in one place.

“Consumers are bombarded with so much information online—from status updates and photos to tweets and check-ins—that our anxiety around ‘missing out’ has shifted to our digital lives,” said Jeff Tinsley, CEO of MyLife. “The fact that many people would rather run a marathon or spend a night in jail than give up their Facebook or Twitter account is proof positive.”