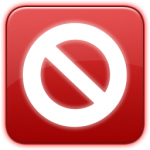 A Thai court on Wednesday convicted an online editor for hosting posts critical of the revered monarchy on her website, but suspended her jail sentence amid demands to reform the lese majeste law.

Chiranuch Premchaiporn was found guilty of failing to speedily delete comments by other people deemed insulting to the royal family from her popular news website, Prachatai. The Bangkok court fined her 20,000 baht ($630).

But Judge Kampol Rungrat, while sentencing Chiranuch to eight months in jail, suspended the sentence for a year, saying that she had cooperated with the court and had “never violated the (lese majeste) law herself”.

Analysts said the 44-year-old webmaster’s suspended term is unlikely to herald a wider loosening of the kingdom’s strict royal defamation laws, which critics decry as an assault on free speech, including online commentary. The royal family is a highly sensitive topic in politically turbulent Thailand.

The court tried to strike a balance between clamping down on perceived criticism of the royal family and avoiding an “international outcry”, according to David Streckfuss, an independent analyst based in Thailand.