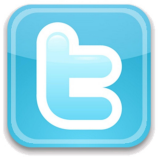 The app — which launched last week and allows users to create and share six-second GIF-like looping videos — featured a not-safe-for-work video as an Editors’ Pick before it was promptly removed. Editors’ Picks are hand-selected by staff to display the most creative and interesting videos posted to the app.

Many Vine users posted comments to the video, expressing disappointment and threatening to delete the app.

Tips For Starters On Establishing Presence On Social Media