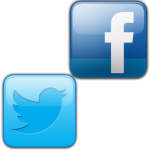 In Ireland, a study was conducted by Edelman and the Marketing Institute from a group of marketing people to determine which social media platform is mostly used. The study in November and December last year verified that two thirds or 67 percent of the respondents view Twitter as the most effective platform for their business while Facebook with 59 percent as the most important because of the large volume of its users. Eighty seven percent of respondents used Twitter, 74% used LinkedIn and73% used Facebook. On the other hand, when it comes to importance, business people rated Facebook as the first.

What You’re Missing on Social Media