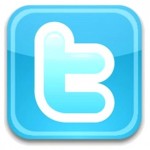 Twitter suffered double outage due to a ‘bug’ attack on Thursday which made the micro blogging site inaccessible for users worldwide for nearly two hours.

The US-based company blamed the outage to a “cascading bug” in one of its infrastructure components.

“We discovered that Twitter was inaccessible for all web users, and mobile clients were not showing new Tweets,” Twitter Vice President (Engineering) Mazen Rawashdeh posted on the company’s blog.

“One of the characteristics of such a bug is that it can have a significant impact on all users, worldwide, which was the case today. As soon as we discovered it, we took corrective actions, which included rolling back to a previous stable version of Twitter,” Rawashdeh said.