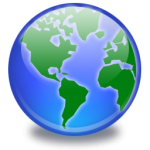 Wikipedia Zero, a project launched by the Wikimedia Foundation to offer free mobile access to Wikipedia in emerging countries, expanded into Asia for the first time this week via a partnership with Malaysian operator Digi, opening access to more than 10 million subscribers in the country.

Wikipedia and Digi began offering access to the online encyclopaedia on May 21 but it wasn’t formally announced until yesterday. Now, if a Digi customer has an Internet-connected phone, they are able to access the millions of entries on Wikipedia via the Opera Mini browser without costing them a cent.

Free access is limited to the mobile-centric text-only version of Wikipedia, which is available via the zero.wikipedia.org URL.

Via its partnership with Digi, Wikipedia’s free-to-access service is now available in three countries, joining Uganda and Tunisa:

Due to its lightweight footprint and increased usage in emerging countries, Digi has stipulated that Malaysian users have to access Wikipedia Zero via Opera Mini. This allows the operator to lower page sizes and reduce the strain on its networks by leaning on Opera’s server-side compression technology.

Telenor — the parent company of Digi — has signed a deal with Wikipedia to expand the free service to additional countries, cutting data access fees for subscribers in Thailand, Bangladesh, Pakistan, Serbia, Montenegro, and India, which is expected to be rolled out in the coming months.

Your Last Will On Social Media